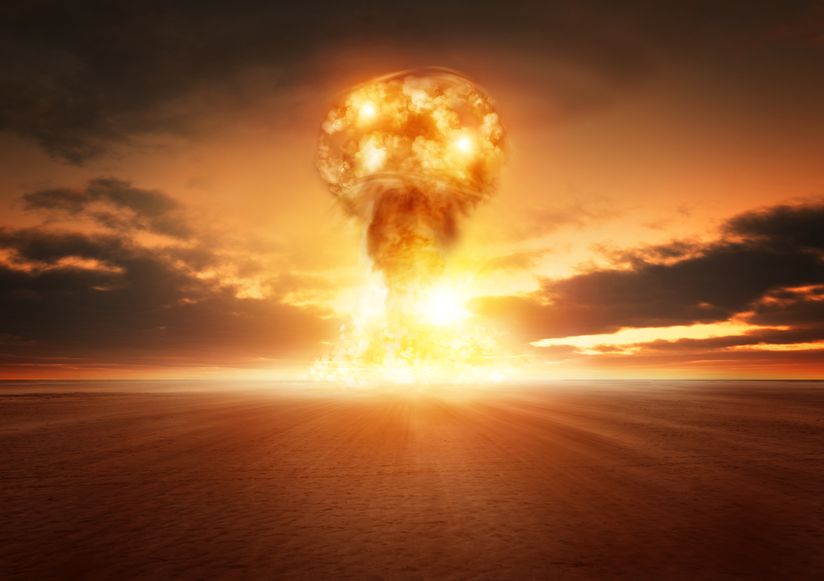 Today the world seems more unsafe than ever, but we should not have to sit around and do nothing.  After the most recent terrorist attack in London and threats from insane countries, we need to be prepare for our worst nightmare. That is a nuclear attack on civilians.  From what Benjamin Disraeli, Prime Minister of United Kingdom once said “prepare for the worst and hope for the best”.  We believe this is most true statement and when you are not prepared for the worst then we tend to run scared.  Being scared is apart of the uncertainty but knowing what to do is the power over being scared.  We like to show you some things you can do when and if we are attacked by a nuclear device.

How do you know if it is a Nuclear Attack?

There are not many people alive today who experienced a nuclear attack.  When a nuclear device goes off your chance of survival depends on the distance you are from the device.  Most have stated that you will see a quick flash brighter than the sun. Then a nuclear wind that can through you off your feet and a red and yellow ball of fire going up to the sky.  Then there is a purple haze as the mushroom cloud forms.  When people see this their first instinct is to flee and run.  Where do you run? The answer is nowhere!

What you should do in a Nuclear Explosion.

What should you do if you are not vaporized in the initial explosion. Most people want to run and they may take their cars. The problem with a car is that there is no where to run and your car give no protection from gamma radiation. There are two types of elements from a nuclear blast is heavy and light elements. The heavy elements will fall from the sky and collect on the ground. The light elements can be taken by the atmosphere jet stream and spread for miles out. The wind on the ground could go in different direction in the jet stream.

The best practice is to find a place that is close to the ground as possible. The ideal location is underground with a lead insulated room. The first 12 to 24 hours after a nuclear device goes off. The worst radiation is from the atoms splitting and fusing together creates a large amount of gamma radiation and radioactive isotopes of atoms. Most of these elements will correct themselves because as atomic parts will differentiate each atom and the half life will be short to a stable isotope.

Radiation sickness is from when gamma rays hits the body and damages the cells.  The body cannot repair itself, where the body will deteriorate have wounds that will not heal.  Radiation will destroy the bodies immune system and most people will become susceptible to infections. What needs to be done is first bring the patient in a decontamination center and wash the body clean.  The next is to keep the person in a clean environment.  You need to provide the patient with Potassium Iodide as a measure for the body to repair itself.  If you can granulocyte is a protein that helps stimulate white blood cells in the bone marrow.  Depending on the exposure will determine the ability for the patient to survive.