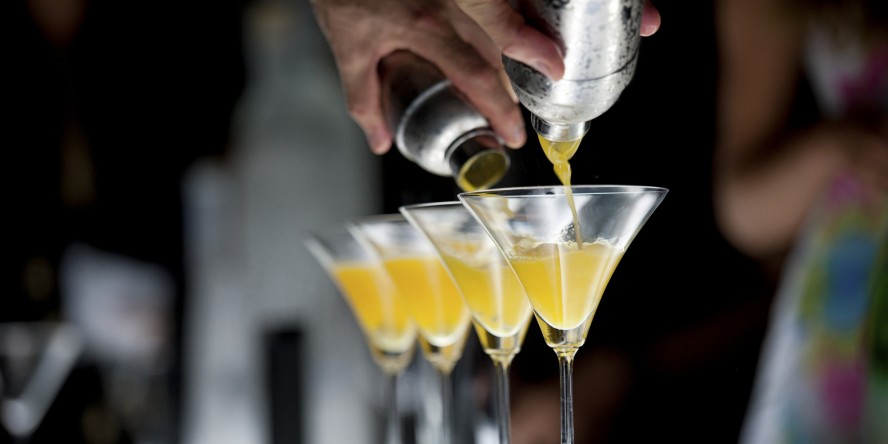 Restaurants, bars, theatres and health clubs in New York have been required to make CPR equipment so accessible to patrons and staff that it can be used within 3 minutes of a cardiac incident since 2006.

New York State law requires that these businesses have protective equipment, such as gloves and masks, available to responders and then the NY State Department of Health CPR regulations followed.  Some bartenders have also pursued training in CPR and First Aid.

A CPR trained bartender is credited with saving a life in Bridgeport, NY last year.  The bartender began delivering CPR to a patron within seconds of him succumbing to a sudden cardiac arrest.  EMS arrived 10 minutes later.  The patron survived even though “Doctors say the type of heart attack he experienced has a roughly 3 percent survival rate.“

Other state legislative bodies have been expanding the scope of legislation related to Automated External Defibrillators as well.   As legislation requiring CPR and AED training begin to filter into other states as well as more public spaces, it’s good to know if your business or career might be soon affected by this type of regulation.

New York Dept. of Health estimates regulated equipment costs should be less than $100. ($12 per resuscitation mask, $5 per face shield)Mr. WordPress

Now at least twenty other states are now requiring that CPR and Automatic External Defibrillator equipment are available in high schools and fourteen states require similar equipment and training in health clubs.  Additional state legislators are beginning to discuss adoption of the New York State stance on CPR training in bars and restaurants.

Rep. Spencer Cox of Utah proposed such a mandate in 2013. He suggested that the state of Utah require bartenders to be trained in CPR delivery. ” to mandate that all bar tenders be CPR trained.

As reported in KSL.com‘s news section “Cox said he raised the issue at the request of a constituent whose brother-in-law died after being punched outside the Le Sabre bar in American Fork in January 2012.”    The patron was attacked in the parking lot outside the bar, his head hit the concrete pavement, and he died a week later.

Cox purports that as a result of exposure to alcohol use, bar patrons are more likely to be at risk of violence and CPR/AED training is important for protecting patrons’ safety.

Business owners who resist this type of regulation are usually concerned about additional regulations on their business that increase costs.  But of greatest concern is the risk of lawsuits that might be brought by patrons or family members if something goes wrong with the CPR or AED administration.

California Health and Safety Code 1797.196/AB2083 (2006) – In order to ensure public safety, any person or entity that acquires an AED is not liable for any civil damages from any acts or omissions in the rendering of the emergency care under subdivision (b) of Section 1714.21 of the Civil codeMr. WordPress

That fear, at least in California, may be unfounded.  California has passed laws to protect business owners and other volunteers who use AEDs to support cardiac arrest victims.

Most states have Good Samaritan laws that protect volunteers who offer medical assistance, such as by-stander CPR.  Here is an excellent resource to begin your Good Samaritan Law research.    Note that as protective as the laws may be, CPR training and certification is an added layer of protection, at least in the California statutes.

Find out more about American Heart Association certified CPR training classes in San Diego at the Beating Heart Center.  Classes are low-cost and easy to access via online (with in person assessment) as well as completely in person.

Do you think Bartenders should be trained in CPR and AED use?  Please add your comments here!